Want something different to do for your business, or with your friends?

Organise an EVENT with us...

Pennington Archers now welcomes other NFAS members (whether part of a club or independent)to join us on Sundays in our delightful woodland at Linsty Heights.  We meet from 1030 to 4pm (Visitor finishing time).  The cost is £2 per archer.

Register an interest in the next Beginners Course - email us at:

For up to date weather reports please follow the link below:

Want to visit or see other archery related events around the country?

Have a look at Member recommendations in Nocking Point

Information for those on the Beginners Course...

ANCHOR POINT - More correctly know as reference point, which is a constant point on the archers face to which the loosing hand and string is drawn (Corner of mouth)

BOW HAND - The hand in which the bow is supported

BOW ARM - The arm that corresponds to the bow hand

BOW WINDOW - (1) The section of riser just above the handle which is cut away to allow the arrow  rest to be nearer the centre line of the bow.  (2) The space between the bow and the string at full draw through which the archer may be incorrectly sighting

BRACE - To string the bow

FAST - The warning cry used to stop shooting in and emergency

RISER - The centre section of a bow

SPINE - The measured ability of an arrow to bend 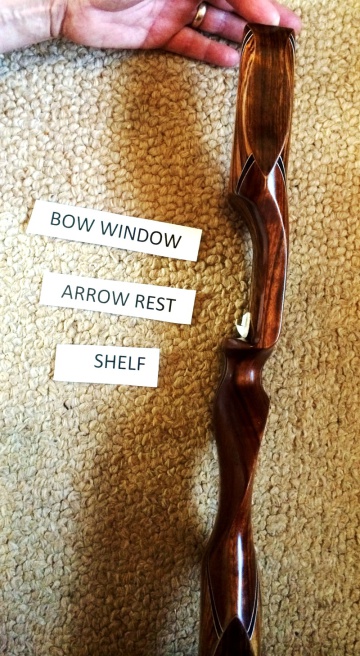 Parts of the Bow 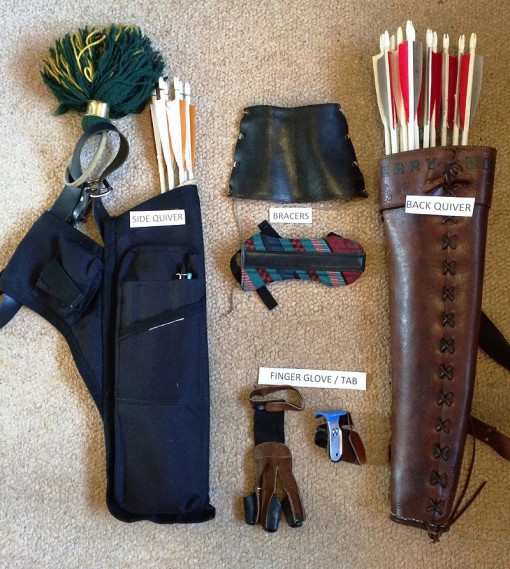 The Etiquette of Archery

-          Will listen attentively to the coach and not disrupt coaching sessions

-          Does not touch other people’s equipment without permission

-          Will offer to pay for any damage he or she causes to another’s arrows immediately, except damage due to arrows colliding in the target

-          Will assist with scoring and other housekeeping duties i.e. setting up and taking down

-          Will not attempt to shoot any animal or bird, or anything other than designated targets

Archers should try to make every shot the best one that he or she has ever made and not be prepared to loose an arrow if he or she is not entirely sure that they have done everything within their capability to achieve that end.

Archery is a sport in which achievement is directly proportional to personal effort, application and attention.

Remember, expensive equipment cannot make a poor archer into a good one but a good archer can make even the most basic equipment shoot well.

The bottom line is any bow, if it could shoot itself, would repeat the perfect shot every time. It is the archers input that makes any shot imperfect.

Oh and by the way, I forgot to point out that archery is fun. None of us do it because we have to; we do it for the love of the sport. Whatever your aspirations or achievements are, you are at liberty to, and are supposed to, enjoy you archery.