Want something different to do for your business, or with your friends?

Organise an EVENT with us...

Pennington Archers now welcomes other NFAS members (whether part of a club or independent)to join us on Sundays in our delightful woodland at Linsty Heights.  We meet from 1030 to 4pm (Visitor finishing time).  The cost is £2 per archer.

Register an interest in the next Beginners Course - email us at:

For up to date weather reports please follow the link below:

Want to visit or see other archery related events around the country?

Have a look at Member recommendations in Nocking Point

What is Field Archery? 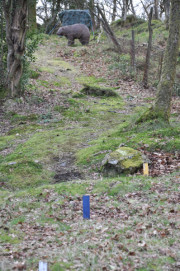 The history of Archery is a long and distinguished one and the modern archer is the latest in a long line of practitioners.

So… what’s it all about?

The most well-known style is target archery, where archers shoot from the same shooting line at targets typically between 15 and 80 yards away. Like target archery, Field Archery involves shooting at targets, but this is where the similarity ends.

Instead of a static line, Field Archers shoot on a course which works in a similar way to a round of golf [and it has been argued that golf originates from archery]. A typical round would see archers shoot 20 or more targets, using up to three arrows per target. The aim is to hit as close to the ‘kill’ as possible. When a ‘kill’ [a small circle near the centre of a target face] or ‘wound’ is scored the archer ceases to shoot that particular target. If the archer misses the wound or kill on their first arrow they are required to move to the next shooting peg and try again.   The archer scores a hit depending on the arrow shot and whether it was a wound or kill. For example in a ‘Big Game’ round the scoring is as follows 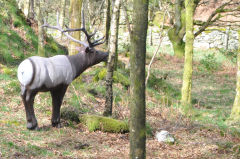 A field archery course is usually situated in woodland, and the targets are set at different distances. An archer may have to shoot up or down gradients, across dead ground, at different shooting angles, through trees and other obstacles and in all types of weather. We shoot at traditional paper faces depicting animals, life size 3D animals, and occasionally novelty faces, depending on the time of year. There are several professional bodies that help govern and regulate the sport, but like hundreds of other clubs we shoot under the auspice of the National Field Archery Society

“The NFAS exists to foster and promote Field Archery as a sport. All our courses are unmarked (i.e. unknown distances), usually situated in woodland, and our targets are predominantly 3D or paper animal faces.” 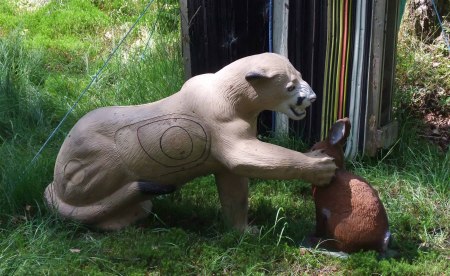 For Pennington Archers, field archery simulates hunting in as much as it pits the archer against the terrain and weather conditions. In effect, this sport is both competitive and meditative and it caters for all ages and styles of bow, bringing different people with different backgrounds together in beautiful surroundings, and in one common pursuit.

What of the men?

The men were bred in England:

The bowmen—the yeomen, the lads of dale and fell.

Here’s to you—and to you!

To the hearts that are true

And the land where the true hearts dwell.

[‘The song of the bow’ by Arthur Conan Doyle]